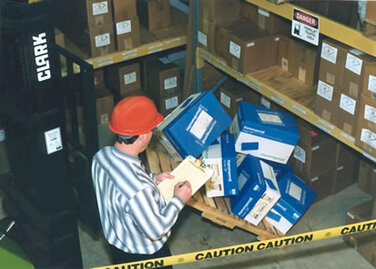 All employers in British Columbia are required to conduct an investigation into the cause of any accident or other incident that resulted in injury to a worker that required medical aid, resulted in the death of a worker, an incident which had a major potential for causing serious injury to a worker, and involved a major structural failure. The purpose of an accident/incident investigation is to ensure the incident does not happen again. This incident investigations training course will cover all information on how to effectively investigate an accident/incident starting at the accident scene. The course will also cover due diligence, record keeping, due diligence, WorkSafeBC regulations, conducting interviews, and how to solve problems and come up with recommendations.  Successful completion of a written theory exam is required for completion of this program.
CLASSROOM INCIDENT INVESTIGATIONS BC TRAINING
​
We provide instructor based group classroom sessions for businesses only. We do not have drop in classes.​
We either provide on site instructor classroom training at your facility or virtual instructor classroom training through Zoom web training.
E-certification cards will be provided to each participant after each course. A final exam is required for each course
​​
​
VANCOUVER BC  I  WEST VANCOUVER BC  I  EAST VANCOUVER BC  I  NORTH VANCOUVER BC  I  BURNABY BC  I  RICHMOND BC  I   SURREY BC   I   DELTA BC  I  NEW WESTMINSTER BC  I  LANGLEY BC  I  MAPLE RIDGE BC  I  COQUITLAM BC  I  PORT COQUITLAM BC  I  WHITE ROCK BC  I  MISSION BC  I  CHILLIWACK BC  I  ABBOTSFORD BC  I  WHISTLER BC  I  VICTORIA BC  I  NANAIMO BC  I   BOWEN ISLAND BC  I   SQUAMISH BC  I  SUNSHINE COAST BC  I   LOWER MAINLAND BC  I  KAMLOOPS BC  I  KELOWNA BC
​​Our true passion is to assist our clients in achieving a total occupational safety and health program and to achieving compliance with WorkSafeBC OHSR / WCA regulations & OSHA law and regulations (WISHA). Whether you are a small, medium or large organisation in Vancouver, BC or Washington State, Western Safety and Health Consulting  has a wide range of occupational health and safety consulting services to suit any organization. Our Occupational Health and Safety Consultants are experienced professionals and can assist your organization for any workplace safety needs you may have including health and safety program development and site health and safety audits. ​
We also offer a wide array of health and safety training courses. ​
VANCOUVER, BC: (604) 243-2585